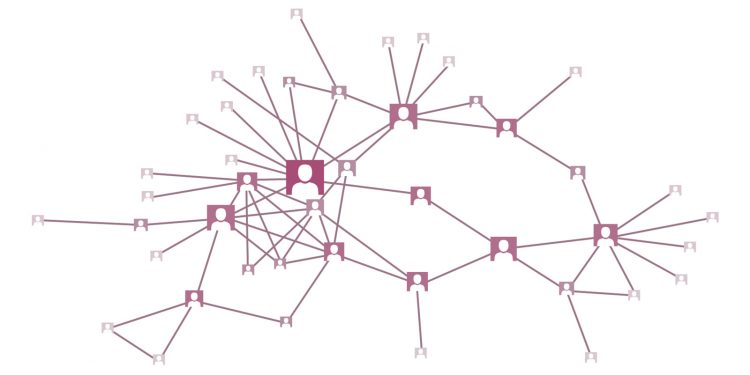 By André Gagné and Marc-André Argentino

The Islamic State has lost most of its territory and key cities like Mosul and Raqqa, and more recently Deir al-Zour and al-Qaim, have fallen to the global coalition fighting the terrorist group. In the face of such challenges, it’s tried to maintain legitimacy through what some have called a virtual caliphate.

Within this virtual space, what strategies does the Islamic State use to preserve group cohesion and sustain the social identity of its members and sympathisers?

One of the ways influential members of the Islamic State’s digital community are involved in maintaining the organisation’s group identity and sense of purpose is through “virtual” durūs (from the singular: dars) — lessons and IS propaganda shared in the context of a virtual study group.

Durūs often centre on the study of the Qur’an, but in some contexts, they are also seen as social events where one can learn about and discuss religious as well as personal issues. In the case of the Islamic State, influential members in encrypted chats lead regular durūs that advocate self-categorisation and group rivalry.

The idea is to show, both privately and publicly, that IS and its supporters are superior to all other jihadi groups worldwide, which they often characterise as being deviant from what they consider to be the true Islam.

What the durūs also clearly reveal is that IS influential members and sympathisers understand and apply various religious ideas differently from other jihadi groups. These rival interpretations of Islamic concepts pose a challenge for counter-radicalisation efforts, since people who embrace IS’s ideology and world view consider all other perspectives a form of deviance.

How the IS virtual durūs operate

In some encrypted chats, durūs take place two or three times a week. At first, the “sheikh” or an influential member of the chat will temporarily restrict members of the group from writing messages in order to post an uninterrupted lesson of the day.

Sessions usually begin with praise to Allah: “Bismillahir Rahmānir Raheem (In the name of God, most Gracious, most Compassionate). All praises belong to Allah, Lord of the Worlds, and may peace and salutations be upon the Messenger of Allah, his family, and his Companions.”

The “sheikh” will then either teach on a specific topic to reinforce group cohesion or respond to topics proposed by individuals in the group or to certain external events.

After the lesson is completed, the chat is opened to members for a Q-and-A session, followed by a brief quiz using a Telegram poll bot. Members who answer incorrectly are questioned by the “sheikh” about why they answered that way, and offered corrections. The Q-and-A as well as the quiz session give the “sheikh” an opportunity to interact with the group and for members to bond with each other.

Issues addressed in IS virtual durūs

Virtual durūs cover a wide range of topics such as aqīdah (the creed or belief system), the manner of praying, takfīr (ex-communication) and teachings about other jihadi groups. The lessons often reinforce self-categorisation and group rivalry.

For example, there is a series of durūs that focus on worldwide jihadi groups, where the “sheikh” first covers what he deems to be deviant groups and contrasts them to IS and its affiliates. In this virtual space, people learn about the origins, leaders, contributions to global jihad and belief systems of other deviant groups. The goal is to compare and contrast these “false” belief systems and actions to those of the Islamic State.

During one such session, for example, the teaching focused on how al-Qaida deviated from the path of Allah when it expressed reluctance to establish full Sharia law after conquering territory. Al-Qaida’s insistence on seeking popular support to successfully establish Sharia is, to IS supporters, a form of deviance and thus severely criticised in several durūs sessions.

In another context, a session can also extol the virtues of IS affiliate groups and their actions as a way to build and strengthen the social identity of their supporters.

In some lessons, the Islamic State is celebrated for bringing about jamaa’ah (unity of people for a common purpose) and tamkeen (stability; empowerment) in the wilāyāt (provinces; districts); something deviant groups were unable to achieve. For example, a session on the Yemeni wilāyāt contrasted the aqīdah (creed) and manhaj (method of attaining the truth) of the Islamic State to that of the deviant al-Qaida group in the Arabian Peninsula known as AQAP. The lesson noted the fact that several members of AQAP deserted their group to pledge allegiance to Abu Bakr al-Baghdadi, leader of IS.

The session also condemned AQAP for its weak position and treatment of the murtaddeen (apostates) in Yemen, but extolled IS for fighting against the Houthis, a predominantly Shia-led religious-political movement that emerged in northern Yemen in the 1990s.

Group rivalry is also an important aspect in the creation and maintenance of the Islamic State’s group identity. The main rhetorical strategy used to sustain group competition is that of declaring takfīr (ex-communication).

In certain durūs, for example, someone can ask what the Islamic State’s official stance is on al-Qaida and its leader Ayman al-Zawahiri. This type of question inevitably generates a discussion about how other groups like al-Qaida are also “deviant,” pointing out their irjā’ (postponing), a theological concept associated to the Murji’ah school of thought that favours deferred judgment about people’s beliefs; faith is a matter only between man and God.

Murijites, an early Islamic sect, were not in the business of killing apostates. Since al-Qaida refuses to pronounce judgment on a believer’s ’īmān (faith), it is comparable to the Murijites and therefore is seen by the Islamic State as an enemy of the faith and candidate for takfīr/ex-communication.

What does it all mean? Despite the fact that IS lost Mosul in July 2017 and that its capital Raqqa just fell to the hands of the Kurdish-led Syrian Democratic Forces (SDF), the group still manages to inspire, motivate and maintain the social identity and cohesion of its members.

Virtual durūs are used as a way to validate members within the group; if it’s not done, members will leave the group. The Islamic State caters to the members’ self-esteem in order to keep them faithful and strengthen their sense of belonging.

One of the greatest challenges before us is to convince people attracted by the Islamic State that the lenient treatment of murtaddeen (apostates), the rival interpretations of takfīr (ex-communication) and aqīdah (creed) and the refusal to judge the authenticity of a person’s ’īmān (faith) are not necessarily marks of deviance.

Countering the Islamic State’s ideology requires a better understanding of how it uses religious categories as a means to construct and maintain the social identity of its members, and how it ignites rivalries with other jihadi organisations.

André Gagné is an Associate Professor in the Faculty of Arts (Department of Theological Studies) at Concordia University. You can follow him on Twitter: @profagagne

Marc-André Argentino is a PhD. candidate at the Concordia University. You can follow him on Twitter: @marc1309