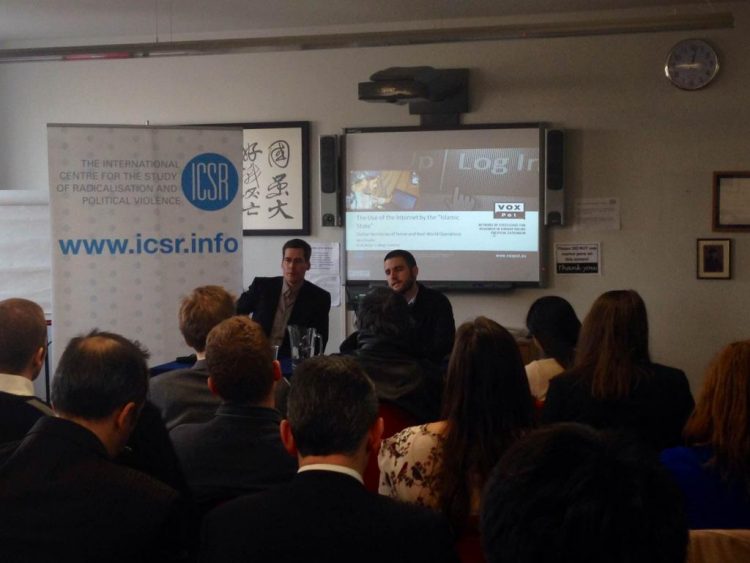 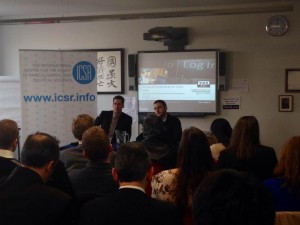 “The self-proclaimed ‘Islamic State’ has mastered the use of social media outlets for its most strategic purpose: to indoctrinate, radicalise and subsequently recruit online consumers while projecting a ‘new Sunni Muslim’ role model and way of life”, VOX-Pol Research Fellow Dr Nico Prucha has said.

Dr Prucha was talking to a packed audience at the International Centre for the Study of Radicalisation (ICSR) on Tuesday, the 17th of March. In his talk, focusing on the use of the internet by Jihadis, Dr Prucha said the online world cannot be understood in isolation of the offline, real world. Jihadist groups project influence over the Internet for a number of strategic reasons, using a blend of audio-visual and textual elements to influence their audience to follow their specific theological interpretations and historical readings.

Dr Prucha, who has done ground-breaking research on the subject, said that the propaganda on all channels online is constantly updated, revised, and – most importantly – enriched by visual samples of legitimate grievances, calling to act to defend civilians and much more.

The vast and freely available online sources of Jihadist media groups seek to change and alter the self-perception of their consumers. The goal is for their audience to subsequently change their offline existence in line with the projected identity. The ‘Islamic State’ builds on ideologically coherent and resilient networks, reaching out to (and via) Arabic and non-Arabic Jihadist language clusters on the Internet on all social media platforms and channels.

LISTEN TO A PODCAST OF DR PRUCHA’S TALK

& CHECK OUT HIS SLIDES HERE.

From Theatres to Cyberspace: The Media and Terrorism