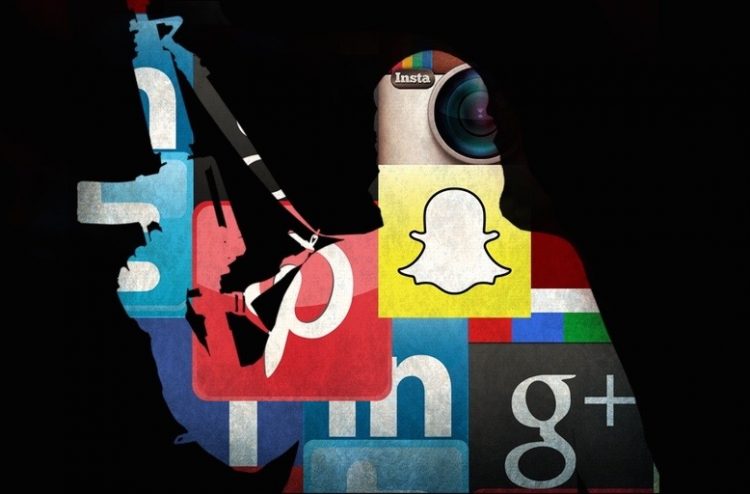 By Irene McGinn and Adam Joinson

In order to address this question, we examined a number of online groups using a variety of criteria, including the way they express their group identity online, the narratives they use to imbue their ideologies with legitimacy, and the goals or actions they advocate.  We compared these criteria to the actions that the groups have taken, and goals they accomplished.

Our research also explores communication processes and the use of persuasive narratives in an online setting through a number of case studies. These observations provide insight into the decision-making of groups in an online setting and the ways that narrative and discourse are used to justify taking certain actions.

We discuss here findings from two of these case studies, on the American Resistance Movement (ARM), an online community related to the American Patriot movement and the online hacktivist group Anonymous.

We will set out how the concepts of ideology and identity impact on each case, how these relate to the types of actions advocated and taken, and, briefly, the differing effect of anonymity.

The Patriot movement consists of many dispersed local groups and has a decentralised structure with little in the way of core leadership. While the research concerns online activities in the American Resistance Movement (ARM) forums, it should be noted that there is some contextual evidence of offline communication and action taking place, such as training with local units, and preparing military combat gear. Indeed, it is important to note that online groups do not exist in a vacuum. Group members bring to online forums their offline experiences and interactions and their previously formed ideological notions. Many have sought out these communities to become part of a likeminded group while others seek people who will validate and reiterate their non-mainstream ideological stance.

While a very strong adherence to a clear ideology was present in ARM, group bonds appeared to be somewhat tenuous. Rather than displaying a united identity, disagreements and heated debates occurred regularly in the group.  It appears that to most members, ideology was more important than group solidarity.  Within the group the concept of being a true patriot is often correlated with strict adherence to the core ideology of the movement. Members do not seem to find each other persuasive or trustworthy and there is a large amount of suspicion and at times hostility evident in the forums.

In comparison to this, the ideology of Anonymous is much more flexible. Anonymous are motivated by their roots in hacker culture and a strong political and social ethic. They are associated with a wide range of online and offline actions, including pranking, hacking, and political protest (Coleman 2011). While ARM exhibit a strong united ideology and a weak identity, Anonymous have integrated their varied worldview (ranging from the libertarian to left-leaning) into a surprisingly stable group identity of contradictions.  In an unconventional way the identity is strengthened and confirmed by the diversity of their ideology. The group has a negotiated identity that is continually made and remade as the membership of the group changes, with core agreement on some broad principles, such as the right to freedom of association and free speech. In this way, Anonymous have ignored their own disparate individual ideological perspectives in favour of coming together to take action.

ARM advocate what Van Laer and Van Aelst call ‘Internet-supported high threshold action’, in other words actions that are supported by the Internet but occur offline and have high legal or practical costs.  The actions proposed by the members of ARM are radical protest and violent action. These types of actions are very resource heavy and likely to have severe legal ramifications (Van Laer & Van Aelst, 2010). There is evidence that the group likely feel the weight and fear the consequences of this high threshold action.

The group identity centres on the idea of patiently waiting, preparing and being ready to retaliate, and this ties in with the group’s lack of action. It is evident from communications on the forum that as a group ARM has little interest in taking part in lower threshold activities such as legal demonstrations or online petitions.  These types of actions are unlikely to appeal to their militant sense of group identity, or their core rhetoric filled with historical narratives of revolution and war and members who participate in lower threshold activities would not post about it in the forums.

Like the Patriot movement, Anonymous is a decentralised grassroots group with no single language, leadership, or structure. Like with ARM, their group identity seems very much linked to the type of action they take. Where ARM’s identity largely revolves around the idea of waiting and preparing for their chance to defend themselves and others, the Anonymous identity is very much concerned with proactive action.

Although hacktivism, a high threshold activity, is what the group is known for, Anonymous actually advocate and take a huge variety of actions. The bulk of their actions include producing videos and promotional materials, carrying out relatively low-threshold distributed denial of service attacks or ‘virtual sit-ins’, and co-opting more traditional means of protest such as legal street demonstrations and transnational demonstrations. Many of these relatively simple but powerful actions rely on large numbers of contributors. Each member of Anonymous operates independently, so while not all of the ‘operations’ carried out under the name of Anonymous are successful the volume and variety of these operations means that operations tend to succeed or fail based on how well it fits within the negotiated identity of the group. Anonymous believe that their identity is essentially the sum of the actions they take. It could be argued that ARM have also strongly linked their identity to action, however since their identity is concerned with preparing and retaliating this has resulted in inertia.

While ARM had clear ideological aims, it was much less successful than Anonymous at taking action and achieving its goals.  This brings into question how important a strong ideology really is for group action. This finding is confirmed through other case-studies we have undertaken, such as on non-violent Kickstarter campaigns – which like Anonymous had little ideological coherence but did have a clearly defined goal. In the case of both the Kickstarter backers and Anonymous a weaker action-driven ideology, an action-oriented identity, and good communication of clear and achievable goals appeared to produce more concrete action.

Both cases studied were differently affected by the idea of individual anonymity online. In ARM anonymity plays a part in dissuading action as it has caused problems with group communication and trust.  Because members lack identifying information this has led to a constant watchfulness for ‘infiltrators’ or government spies. This paranoia means that rather than building trust by sharing information many members spend time talking around information they don’t feel comfortable sharing, or giving information from sources that they can’t name. This leads to a level of dysfunction within the group by creating a barrier to the evaluation of information or plans.  Often it is the people who tell stories that best reflect the group ideology who tend to be seen as the most credible in the group. This has led to a dynamic on the forum where there is a much stronger emphasis on ideological narrative and rhetoric than on coordinating events or developing action plans and there is little evidence on the forum of efficient nationwide coordination of offline action.

In contrast, because much of Anonymous’s action takes place on a computer or behind a mask, they are less fearful of betrayal with offline consequences. Members are confident in their own obscurity and because of this there is much less paranoia and distrust around sharing information and plans than in the case of ARM, and the details of most Anonymous operations are posted in public for anyone to see.

In conclusion, we have shown that very strict ideological convictions can contribute to dysfunction and limit the actions that a group may be willing to take. A flexible ideology may be more likely to result in action than a strict ideology as it leaves more types of action open to the group and makes it less likely that they will alienate potential allies. This action may serve as a unifying force in groups with ideological contradictions or conflicts.

In online communities with high levels of distrust and paranoia, where actions may involve revealing identity anonymity engenders distrust and can hamper group communication. In these communities the planning of actions is unlikely to happen in public forums and this presents a big disadvantage to actions that require coordination of large numbers of people. In contrast, when a group’s advocated actions can be carried out online or without revealing identity, anonymity may give group members a sense of security and they are more likely to strategise and divulge plans publicly, particularly if a high number of participants are needed.

Coleman, G. (2011). Anonymous: From the lulz to collective action. The New Everyday: A Media Commons Project, 6. Retrieved from Google Scholar.

Irene McGinn is a doctoral student at the Centre for the Study of Behaviour Change and Influence at the University of the West of England.

Adam Joinson is a Professor of Behavioural Change at the University of the West of England. His research interests focus on the intersection between technology, psychology and behaviour.

This post was first published on RadicalisationResearch.org | Republished here with permission.