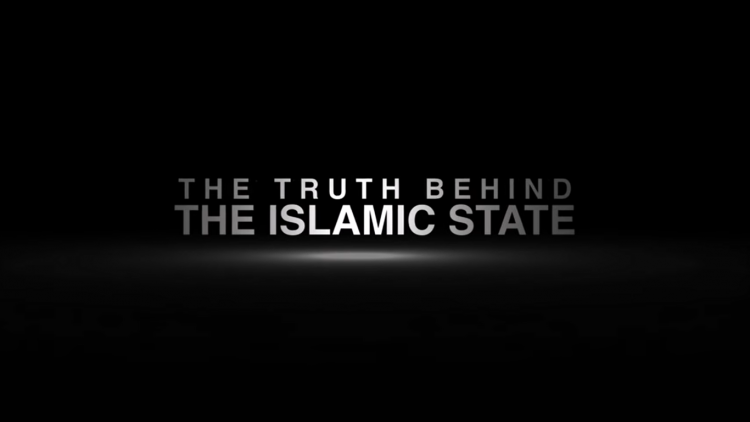 YouTube, first online in 2005, was one of the earliest social media platforms used by terrorist organizations to spread their propaganda. Although many such groups have used YouTube and other online platforms for malicious purposes, the Islamic State of Iraq and Syria [ISIS] has become notorious over the past years for its prowess in radicalizing and recruiting vulnerable individuals using, in part, their high-quality videos promising everything from adventure and romance, to a pure Islamic lifestyle, to a sense of belonging and personal significance to both men and women who left their homes to travel to fight with and live under ISIS’s self-proclaimed Caliphate. If they could not travel, ISIS online recruiters were also ready to instruct them how to attack at home on ISIS’s behalf.

The International Center for the Study of Violent Extremism [ICSVE] has run the Breaking the ISIS Brand Counter Narrative Project for years, demonstrating in numerous studies the counter narratives’ resonance among Facebook and focus group audiences. Breaking the ISIS Brand videos address the first aforementioned criticism, untrustworthiness, by using actual ISIS insiders – defectors, returnees, and imprisoned cadres – as speakers, telling their personal, emotionally evocative narratives regarding their time in ISIS and the harm it brought upon them and their families. One purpose of studying the videos on YouTube, however, was to examine whether YouTube’s recommendation algorithms would work to benefit organizations using counter narratives. This could be extrapolated from the ability of the videos to organically garner, without any effortful promotion, views and engagement among members of our target audience – those vulnerable to online radicalization and recruitment. Of course, we could not assess whether viewers were brought to our videos through recommendation algorithms, but if they were to find the videos by searching on ISIS-related terms (all of the videos have either ambiguous or pro-ISIS names), that would similarly indicate the utility of counter narratives on YouTube.

Our results suggest that this was the case. We studied viewer comments on each of the 89 Arabic-language videos posted on the ICSVE YouTube channel, which were posted between December 2017 and July 2020. In total, we analyzed 1,185 comments using both human effort and the content analysis software NVivo 12. We found that, based on the common themes of the comments, we were reaching individuals who may have been exposed to ISIS’s ideology and who may support, or be considering supporting, ISIS. We classified commenters as ISIS supporters, ISIS opponents, Islamophobic commenters, and those who were confused as to whether or not they should support ISIS. Interestingly, most of these types of commenters could be identified in each of the five broader content-based categories established through thematic analysis: Conspiracy theories; credibility of the speaker; geopolitical issues; the ummah, global Islam, and identity; and religious arguments. We also found a breadth of emotional sentiments in the comments, including anger and hostility, pride, fear, vulnerability, sympathy, and schadenfreude, indicating that the viewers were emotionally engaged with the videos. This is a primary goal of the Breaking the ISIS Brand Counter Narrative Project, as one of the reasons previous counter narrative efforts have fallen flat was their use of logical and cognitive arguments to attempt to fight the terrorists’ deeply emotionally charged arguments that often drive viewers into action.

In each of the content-based categories, we found evidence that we were reaching the target audience. For example, references to conspiracy theories indicated at least some level of engagement with online communities which can delve into violent extremism. Moreover, these comments also indicated an understanding of the arguments that ISIS uses, such as the idea that the West and Israel are at war with Islam and that Muslims have an obligation to wage jihad to defend their religion. However, we have found that some of these conspiracy theories may be used by other militant jihadist groups to lure supporters away from ISIS, such as the theory that ISIS was created by the West to destroy Islam and that former Caliph Abu Bakr al Baghdadi was actually a Mossad agent.

The comments regarding speaker credibility demonstrated a desire to attack the speaker and ICSVE, the organization that posted the video. These comments can be closely tied to those regarding conspiracy theories, as many claimed that the speaker had been paid or forced by malevolent countries to speak against ISIS and, indeed, against Islam itself. Although these comments, and all of those mentioned presently, merit future study, we are confident that the comments attacking the speakers’ credibility are not necessarily an indication of actual mistrust, but rather anger at the message, as we have not received the same frequency of such responses on Facebook or in focus groups, where the viewers’ identity is less concealed.

The comments mentioning geopolitical issues were also a key indication that we were reaching the target audience, as those vulnerable to ISIS recruitment are often those who are engaged with world events, but who view such events through a particular lens. For example, one key difference between ISIS and al Qaeda has been ISIS’s focus on fighting the Arab taghut, that is Arab leaders who ISIS believes are betraying Muslim values and true shariah and immediately declaring an Islamic Caliphate. In contrast, al Qaeda wished to work slower toward a Caliphate with a primary focus on fighting the “far enemy” while proselytizing to other Muslims who do not adhere to their fundamentalist and violent interpretation of Islamic law in the hopes of bringing them onboard. Many commenters referenced the taghut as a reason to make hijrah (to emigrate) to a true Islamic State, such as that they claim was established by ISIS.

The comments regarding the ummah, global Islam, and identity again indicated the viewers’ attempts to twist legitimate and meaningful concerns into cause for violent action. In particular, the idea that all Muslims are brothers no matter their race or identity is not cause for concern. However, the idea that all members of the ummah should therefore leave their homes to join ISIS and fight against all others is certainly concerning. Similarly, the idea that Muslims should protect and defend other Muslims is not in and of itself problematic, except when it is exploited by terrorist groups such as ISIS, as they did when they called Muslims from all over the world to fight to protect Syrian civilians from the regime of Bashar al Assad (mentioned thrice in geopolitical comments), but then through their reign of terror ruined the lives of those same civilians. Other comments in this realm referred to the historical disputes between Sunni and Shia Muslims. These comments were phrased in such a way (such as referring to Shia as Rafida – hypocrites) that indicated that Shia would be vulnerable to terrorist efforts to take advantage of sectarian strife and resentment, as ISIS did in Iraq during their inception.

The final category of comments were religious arguments. These comments, like many of those in the other comments, can indicate either a resistance to radicalization or a vulnerability to it. Specifically, a deep understanding of the Qur’an, Sunnah, and hadiths often ensures that individuals do not fall prey to purported scholars who twist sacred Islamic texts for their own violent purposes. However, when people do not have a strong understanding of these texts but often read the interpretations put forth by others, they may be convinced, as many ISIS members were, that what they are doing or supporting has been religiously ordained and is morally justified. Many comments indicated the latter. Operating under the assumption that viewers came across the counter narrative videos after watching or searching for ISIS content, it is unsurprising that many commenters would reference violent interpretations of Islamic scriptures that are spewed on YouTube, but that they would not demonstrate a solid independent understanding of those texts. In contrast, there were a number of comments that used Islamic references to reject ISIS and their practices – these commenters were classified as ISIS opponents and, although they were not part of our target audience, we did appreciate the presence of their comments.

This initial qualitative study of Breaking the ISIS Brand counter narrative videos on YouTube indicates that although there may be pitfalls to the use of counter narratives, they can be effective and gain significant organic traction on YouTube, likely through YouTube’s recommendation algorithms as well as through terrorist-related search terms. Future studies will employ quantitative means and will also examine comments by viewers on videos in other languages, such as French, as many foreign terrorist fighters who joined ISIS were from France. Looking at this study alone, however, it is clear that the ICSVE Breaking the ISIS Brand counter narrative videos are reaching the target audience on YouTube without any effortful promotion and that they are engaging the viewers enough to write emotionally charged comments indicating that they were watched and the content of the counter narratives is hitting a nerve with those in the vulnerable target group that the authors had hoped to reach.

Anne Speckhard, Ph.D., is Director of the International Center for the Study of Violent Extremism (ICSVE) and serves as an Adjunct Associate Professor of Psychiatry at Georgetown University School of Medicine. On Twitter @AnneSpeckhard. Maha Ghazi is a research fellow at ICSVE studying the effects of ICSVE counternarratives in Arab countries. Molly Ellenberg is a research fellow at the ICSVE and a doctoral student in social psychology at the University of Maryland.

This article was originally published in Homeland Security Today, republished here with permission.

RT @R_Scrivens: On the @VOX_Pol Blog this week, we summarize the results of our recent study on the online posting behaviors of violent and…
- Thursday Jun 23 - 2:07pm

This Blog post is the third—the first is HERE and the second HERE—in a four-part series of article summaries from the EU H2020-funded BRaVE...
Read

Is Big Tech Ready to Tackle Extremism? The Bergen Plan of Action