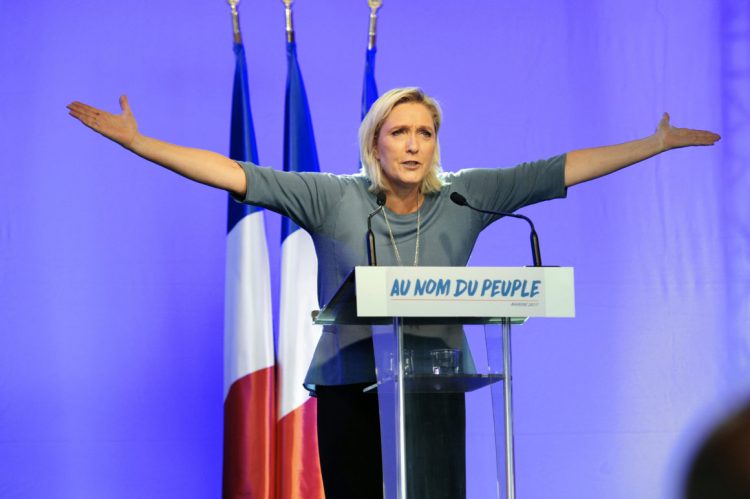 Are Twitter bots driving the success of far right candidates?  While many are still trying to make sense of the election of Donald Trump and the surge in popularity of Marine Le Pen, evidence suggests that public perceptions of these candidates are being manipulated by far right social media activists.

Social media can be a valuable tool for parties across the political spectrum, but particularly for far right candidates who feel excluded from the mainstream media.  In the past, far right parties have made use of social media platforms to recruit members, advertise party activities, and bolster support for a party’s ideological platform. However, the introduction of Twitter bots has escalated partisan social media warfare.  Bots can be used to create and diffuse memes, repost tweets to create a trending hashtag, and to generate fake social media followers that make far right candidates appear more popular than they actually are.

In the US, Trump supporters created popular anti-Hillary Clinton memes like “Zombie Hillary” and “Hillary Short Circuit.”  A study by Phillip Howard of the Oxford Internet Institute found that 33% of the support for Trump on Twitter was driven by bots.

Amidst growing concern that fake news is shaping publics’ voting behavior, there has been an effort to crack down on fake accounts.  Facebook security manager Shabnam Shaik reported, for example, that they have flagged and removed users that repost the same content multiple times.

Academics are also becoming more aware of the necessity of being able to distinguish whether or not social media activity is being driven by bots.  The BotorNot tool, created at Indiana University’s Observatory on Social Media, calculates the percentage likelihood that a user is a bot based on the frequency of posts, post content, and the user’s social media network.

Bots and Social Media Manipulation in the French Election

Far right activists were hoping Trump’s election would usher in a wave of electoral success for far right candidates in Europe.  There was a concerted effort from far right activists to bolster support for far right French presidential candidate Marine Le Pen.   A study released by researchers at Oxford University reveals that while fake news is not as prominent in France as in the United States, there has been an effort to spread misinformation during the French election.

A Buzzfeed report revealed that American far right activists were using private messaging platforms to communicate with users in Europe in order to generate more support for European far right parties like Marine Le Pen’s National Front.  This includes training people how to create memes that will be believable in their local context and how to create fake Twitter and Facebook supporters for the party. An analysis of the location of Twitter supporters of the Front National reveals that, while the majority of  followers are based in France, there is substantial support for the party coming from abroad.

A study released by the Atlantic Council in March 2017 found that the most popular hashtags in support of  the National Front, were in fact being retweeted by bots hundreds of times.

In an effort to prevent misinformation from shaping the outcome of the French presidential election, Facebook suspended 30,000 fake accounts in France.

The mapped locations of 5,000 Twitter followers of the Front National.  Source: Followerwonk 1 April, 2017.

Even with the suspension of these fake accounts, bots continued to play a role in Le Pen’s social media popularity.  My own analysis of the Twitter followers of the French National Front revealed that 24% were bots. Some of the bots were the most prolific tweeters in the network.  For example, one of them tweeted over 236,500 times in support of the party.  The bots thus wield considerable influence.

Social authority in a network is a measure of social media influence that takes into account the number of times a user’s followers repost their tweets. Thirty percent of the accounts with the highest range of social authority in the network were bots.  In a time when an increasing number of people are getting their news from social media, this means that robots can have a considerable influence on public perceptions of politics.

Programs are also being used to automatically generate followers to make far right candidates appear more popular than they actually are.  This can be useful in helping to normalise a far right party and help it transition from the fringe to the mainstream.  Thirty-seven percent of the followers of the Front National have no tweet or timeline history.  Some of these accounts have doubtless therefore been automatically generated.  Accounts that have the Twitter egg profile picture and a screenname that appears to be randomly generated are also likely to have been created by a program.

Marine Le Pen may not ultimately have been the victor in the French presidential election, but her party has successfully transitioned from the fringe to the mainstream.  By manipulating the diffusion of information during the election, far right activists contributed to this victory.

Dr. Shannon Jones is a recent graduate of Georgia State University’s Department of Political Science.  Her research interests include the far right, social network analysis, and European politics. Shannon is a VOX-Pol Summer School alumna. Her publications can be found here.

The Daily Harvester: How ISIS Disseminates Propaganda over the Internet Despite Counter-Measures and How to Fight Back