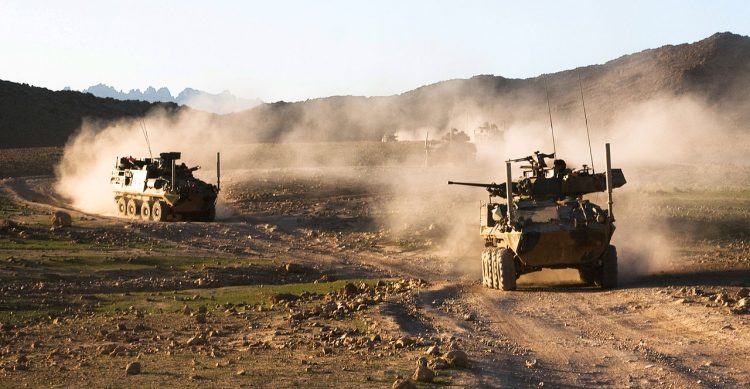 By Carli Kulmar and Michael Jensen

Even before extremist group activity in Australia’s 2021 anti-lockdown protests was exposed, concern about right-wing extremism in Australia was on the rise.

ASIO and the US annual threat estimate have noted right-wing extremism in Australia is on an upward trend. Ideological extremism now makes up 40% of the ASIO caseload.

Our research at the University of Canberra’s National Security Hub is investigating online influence operations targeting Australia, including its veteran community. This is a global problem and was one of many issues noted at this year’s International Terrorism and Social Media Conference in the UK.

For researchers like us, who focus on the wellness of veterans – particularly during the fallout from the military withdrawal from Afghanistan – such extremist groups present a complicated and dangerous threat to the community.

The transition to civilian life can be a vulnerable time for many veterans. Rates of suicide, homelessness and incarceration are alarmingly high for Australian veterans.

Some veterans find their ideological beliefs are tested during transition to civilian life, when they feel most disconnected from the military community that has so far played such a fundamental role in their sense of self.

It is during this period, rather than during service, when veterans are particularly vulnerable to radicalisation.

In some cases, veterans have voiced being actively ostracised by their former colleagues for leaving the military. This has in turn caused them to feel disillusioned with the entire institution.

This, unfortunately, can make these veterans more vulnerable to appeals and influence by extremist groups offering the mateship and camaraderie now missing in their lives.

Such groups often promote a mission-based approach, which may attract those lacking the feeling of purpose they valued in military service.

There’s a risk this may lead to well-meaning veterans being enticed into participating in groups whose ideals they would normally have considered to be questionable.

A broader risk to the public

This is not a uniquely Australian issue.

Nearly one in five defendants in the prosecutions undertaken in response to the January 6 US Capitol attack had served in the military.

Escalation from participation in online forums to physically violent acts can happen quickly and sometimes without clear warning signs. These extremist groups aim to gain an already trained cohort of members who cannot only be immediately activated, but are also able to train others.

Those with military experience and training in combat, weaponry, or explosives are clear threats if radicalised by extremist groups. One study suggests some veterans tend to affiliate with such groups as instructors, rather than undertaking extremist acts themselves.

The newly established UK-based Veterans 4 Freedom (V4F) group even lists service in the military as a requirement for membership.

This group claims to be around 200-strong and is focused on “anti-vaccine” offensives, such as organising marches. In discussions on the group’s private Telegram account, however, it appears to be planning to escalate its activities.

Media reports suggest discussions on the platform even include awareness that currently serving military members may well become “enemy combatants” as a result of V4F’s actions. Not only are these “freedom defenders” anticipating a confrontation, they are prepared to fight their former brothers and sisters-in-arms to achieve their goals.

Veterans in Anglo democracies are being targeted by both overt and covert online influence campaigns using fake military profiles to connect with and deceive defence contractors and current and former military members.

Veterans are also ideal targets for international online influence operations encouraging promotion of particular political candidates, parties or ideologies. Many of these operations originate in Russia or China.

A duty of care

So, what duty of care does the Australian Defence Force owe to its members — and the community at large — to better prepare veterans for threats they may encounter when transitioning to civilian life?

Organisations such as the Global Internet Forum to Counter Terrorism (a collaboration between the technology industry, government, civil society, and academia) are actively engaged in monitoring and preventing violent extremist content and activity on online platforms.

But military members and their families would likely benefit from awareness and prevention programs designed specifically for the community — particularly if offered before they transition to civilian life.

Support should also be offered to assist and protect veterans seeking to leave such groups.

Well-designed prevention programs may help deter recruitment by extremist groups hoping to take advantage of military skills and knowledge, and could be offered as part of military exit processing.

Carli Kulmar is a Lecturer in Law and Researcher at the University of Canberra. Her research at the UC National Security Hub includes grey zone issues, the protection of veterans in online spaces, and transition programs. On Twitter @CKulmar.

Michael J Jensen is Associate Professor at the Institute for Governance and Policy Analysis. He has a background in political communication and has published books with Cambridge University Press and Palgrave concerning online political behaviour. On Twitter @mikejjensen.

This article was originally published on The Conversation, republished here under a Creative Commons license. Image credit: Wikipedia.