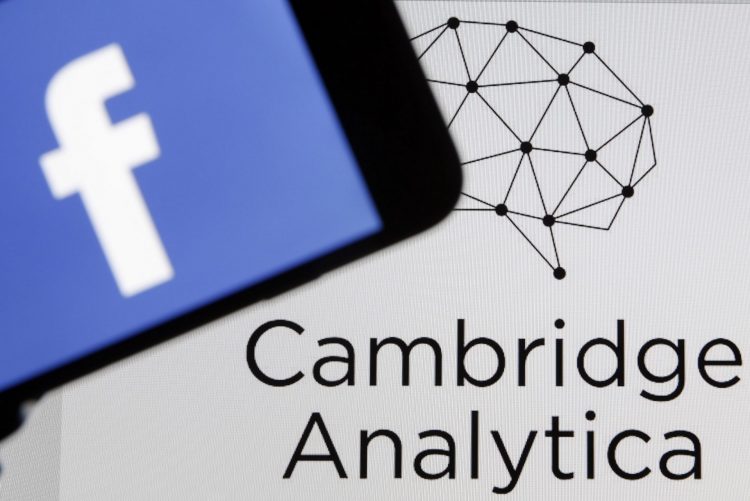 We’re at Swansea University this week for a joint workshop with The Cyberterrorism Project on ‘The Ethics of Internet-mediated Terrorism Research,’ so we thought we’d post a Blog on ethics-related issues. [Ed.]

When the Facebook data of 50m users was collected by Cambridge academic Aleksandr Kogan, his actions reportedly came to the attention of colleagues who regarded his subsequent use of the data as unethical. The university revealed that Kogan had unsuccessfully applied for ethics approval in 2015 to use data collected on behalf of GSR, a commercial enterprise he set up, for use in his academic research. He was reapplying for approval when Facebook requested that the data he had gathered be deleted. These applications are currently the focus of a freedom of information request.

Responses to the Cambridge Analytica controversy have suggested that the rights of Facebook users would have been protected if the research had indeed been carried out under the jurisdiction of a university regulatory regime. Sanctioned university research has also been contrasted with what one of Kogan’s academic colleagues reportedly called a “‘get rich quick’ scheme” in an internal email. The implication is that the oversight of research ethics is a key part of what makes the work of academics different from that produced commercially – a civilising of research practice that other professions may not always live up to.

Yet it is notable that ethical review is not often regarded so favourably within universities. The growing bureaucratisation and regulation of research ethics within UK higher education institutions is seen by many as an unwelcome development. The requirement to obtain ethics approval is often regarded as a threat to academic autonomy and even as something sinister (“ethics creep”).

The ethical review process is seen as demanding because it requires researchers to submit details of their projects for scrutiny before recruiting participants or collecting data. In the case of projects that present minimal risk of harm, this may be a “light touch” review involving one or two peer reviewers. Or it might involve more intensive levels of scrutiny by a full research ethics committee. It is underpinned by a concern with the protection of “human subjects” (a term that reflects the historical influence of medical research – with its experimental subjects – on the ethics review process).

In one of the strongest academic attacks on the ethical regulation of social research, Robert Dingwall described this growing intrusion as censorship, an assault on democracy and an extension of a growing surveillance society. Documenting the “perverse consequences” of the actions of Institutional Review Boards in the US and ethics committees in the UK, Dingwall showed how these review boards have sometimes threatened research by demanding requirements that are impossible to satisfy – where illiterate research participants, for example, are required to read and sign informed consent forms.

Hostility towards the ethics review process has perhaps been exacerbated by the pressures that academics now face to meet the potentially toxic demands of the neoliberal “accelerated academy” – to publish or perish, engage in consultancy activity, obtain impact and bring in research funding. Tight deadlines and increasing pressures mean that regulatory requirements can become barriers, rather than opportunities to reflect on practice. As I have experienced firsthand as chair of an ethics committee, within this competitive environment those involved in ethical review can face intense pressure from colleagues to speed up the process.

The situation is not helped when institutional explanations of why ethical review is necessary emphasise insurance and liability issues, denial of responsibility for non-authorised research, and penalties for non-approval – rather than the protection of subjects and issues of harm and risk. This promotes the idea that research regulation is driven primarily by legal concerns. While this may be partly true, and these messages might also have practical value, such explanations largely characterise ethical review in negative terms.

It is of course sensible to maintain scepticism in the face of bureaucratic developments that may be over cautious and which can block innovation. What is being missed here, however, is the idea that the ethics review process can itself be a useful experience. The Research Ethics Guidebook, for instance, suggests applicants can use it as “a mechanism for discussing ethics within your team, or with your supervisor” or “a way of preparing … for fieldwork”.

In my experience, in the review of dissertation projects, the process is productive because it forces students to explain what may be vaguely defined plans in specific, concrete form. The very act of applying for ethics approval can also bring to the surface issues that might be lurking within research designs but may not have been recognised even by experienced scholars. There is therefore potential to reconsider how the review process is approached by educators and institutions. But such positive aspects have so far been neglected in many discussions.

So, while it isn’t very fashionable to make a case for the value of ethical review, I think this is exactly what we should be doing. To look beyond its regulatory intent and consider its potential value for both students and academics. At the very least, the review process provides a forced opportunity to pause and reflect and – even if we can’t preempt all the ethical issues that might arise – to sensitise researchers and students to the potential risks and challenges of research. As we have seen in recent days with the cautionary tale that is unfolding before our eyes, this can be particularly important in the context of online research.

Natasha Whiteman is a Lecturer in Media and Communication at the University of Leicester. Her research examines the methods and ethics of online research, the ethics of contemporary media audiences, and the practices of online fan communities. You can follow her on Twitter: @newhiteman

This article was originally published on TheConversation website. Republished here with permission from the author.