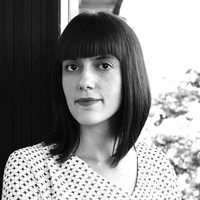 Dr. Caterina Froio joined the Oxford Internet Institute (OII) in December 2016 as a VOX-Pol Research Fellow. In December 2015, she was awarded a research grant from the City Hall of Paris for a research project dealing with far right ‘othering’ discourses online in France. She is currently expanding on this work within the broader context of Western Europe as part of her VOX-Pol Fellowship.

Caterina’s research is comparative and it develops on two main lines. The first deals with issues related to party government and policy agenda dynamics, and the second deals with the relations between extremism, radicalism, populism, and democracy with a special focus on ‘othering’ discourses and digital activism in established and non-established far right (populist) organizations. Caterina is a co-convener of the European Consortium of Political Research (ECPR) section on “Populism, Political Radicalism and Political Extremism” endorsed by the ECPR Standing Group “Extremism and Democracy”. Caterina’s recent contributions have appeared in different languages in Party Politics, the International Journal of Conflict and Violence, Comunicazione Politica and Partecipazione e Conflitto, as well as a number of edited volumes.

Before joining VOX-Pol, Caterina was a Post-Doctoral Fellow and an Instructor at Sciences Po Paris (FR). She completed her doctoral thesis at the European University Institute and during her PhD she was also a Visiting Doctoral Researcher at the University of Colorado at Boulder (US). Prior to her PhD, she received a BA in Political Science from the University of Florence (IT). Following this, she completed a double MPhil in Political Sociology and Public Policy from Sciences Po Paris and a MRes in Comparative Politics from the European University Institute of Florence (IT).

The Law that Could Allow Trump to Shut Down the U.S. Internet