On March 5-6, 2015, the VOX-Pol network will convene a workshop at Central European University in Budapest on the role of social media and internet companies in responding to violent online political extremism and the impacts on freedom of expression. This call is especially timely given the Joint Statement of EU Ministers for Interior and Justice issued in the wake of the attacks in Paris which expressed ’ concern at the “increasingly frequent use of the Internet to fuel hatred and violence.” It further stated that “the partnership of the major Internet providers is essential to create the conditions of a swift reporting of material that aims to incite hatred and terror and the condition of its removing, where appropriate/possible.” In response, concerns over freedom of expression and privacy have been expressed, especially over the potential for increased surveillance. In order to respond to the complexities of violent online extremism in ways that respect freedom of expression, privacy and security, there needs to be a better understanding of the ways in which the internet is governed, the role of technology companies as political intermediaries as well as the meaning and scope of relevant human rights, particularly freedom of expression.

The workshop itself will be a participatory gathering with short introductory remarks from invited experts followed by discussion and debate. If you wish to participate, please submit an extended abstract of 300 – 500words. The workshop will feature invited participants from civil society, industry, policy making and academia in addition to this open call. 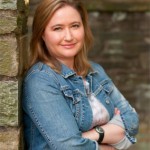 The workshop will feature, amongst others, Rebecca MacKinnon, former CNN Bureau Chief, blogger, and co-founder of Global Voices Online. She is on the Board of Directors of the Global Network Initiative and the Committee to Protect Journalists and is currently director of the Ranking Digital Rights project at the New America Foundation’s Open Technology Institute. McKinnon is the author of Consent of the Networked: The Worldwide Struggle For Internet Freedom (2012)

On 27 January MacKinnon testified on ‘The Evolution of Terrorist Propaganda’ at the US House Committee in Foreign Affairs (Sub-Committee on Non-Proliferation and Trade).  Read the full testimony here.

Extended abstracts should be submitted to workshop@voxpol.eu by January 27, 2015, with ‘Budapest Workshop’ in the subject line. Those selected for participationwill be notified by February 1, 2015.

A report will be published following the event by Central European University’s Center for Media, Data and Society, and will include updated extended abstracts.

Travel grants are available for a limited number of selected participants. This funding will aim to reimburse the costs of two nights’ accommodation (including breakfast) at the workshop hotel and transportation (economy class flight booked at least three weeks in advance of travel, second class train, public transportation to/from airports). Accepted participants are eligible to apply for this funding and should detail their estimated travel costs in their submission. Those awarded funding will need to submit original receipts, along with boarding cards, etc., for subsequent reimbursement.

Tea/coffee and meals will be provided for all participants, during the event, including a workshop dinner on the evening of Thursday March 6.

For workshop-related queries, please e-mail workshop@voxpol.eu with ‘Budapest Workshop’ in the subject title.

In light of ongoing events in Europe, and in the wake of the Paris attacks this month, research into violent online political extremism has become more relevant than ever. University World News discussed the forthcoming Budapest workshop in this context on Friday. Read the full discussion HERE